You are here: Home » About Ron Frank » About us 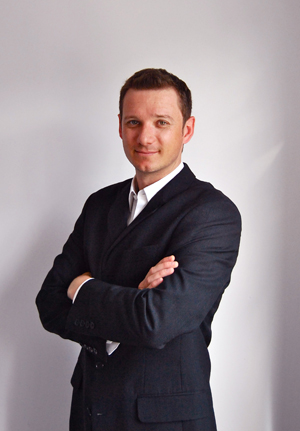 I was born in 1975 in Stuttgart, Germany. 6 years later my parents decided to immigrate to Ibiza, which turned into a great adventure due to the significant upcoming changes

I directly inscribed myself into the Spanish primary and secondary school where I learned to speak perfectly the language. By the end of my education I moved over to Palma de Mallorca to the English collage BIS where I added another third language. I also finished in this school my higher education.

Complementing my study times I performed different apprenticeships in the hotel industry like 5 star hotels such as Hyatt, Kempinski, Sofitel, Mondial am Dom, Steigenberger, Club Punta Arabi, Can Jordi, etc., acquiring this experience as foundation for new challenges.

By the end of my superior studies I had the opportunity to be the manager of a gastronomy store during the period of two years in Ibiza. There I took the decision of returning to Germany to initiate my professional studies but before that I had been drafted to the military service. At finalising the period of one year I could initiate my studies in the hotel business world in the German city of Cologne, where I finished successfully my career and returned to the city of Stuttgart to start with my labour life exercising the charge of a division manager in the Steigenberger Hotel Graf Zeppelin.

After two and a half years I was promoted into charge of a junior sales manager in the sales and marketing division. After several years I faced the opportunity to change my vocation to expand my knowledge and my experience in the working environment of the distribution wholesaler company Magirus Datentechnik, evolving to the division manager of claims and sales for IBM and HP products, representing 4 countries, exercising this occupation for a period of 5 years with great exit.

Finally, in the year 2004 I decided to return to my beloved island of Ibiza. At arrival and very soon I had the opportunity to start working in one of the islands biggest accountant companies, Unidad, where I could occupy an excellent position in the insurance division, executing the tasks of production and administration. After two years they added to my list of responsibilities the task of taking over the claims division, which served me to expand my professional knowledge in the world of insurances.

Beginning of 2012 I became independent, thanks to this great experience I acquired during the last 8 years I can say that I count with the necessary o sufficient tools to render an excellent service to my customers.

I know that with my experience I can serve the demands that you and your business need. Rendering my services competent and with excellence, where feedback of knowledge is essential, from my part as professional and also from you who knows better than anyone your business.

Posted in: About Ron Frank 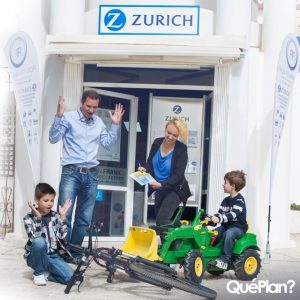 Ron Frank is your exclusive agent for Zürich 3 rd largest insurance company in the world. With more than 10 years of experience in the insurance industry in Ibiza. We are pleased to help to you answer any questions regarding insurances.

At no cost we review your existing insurances and adpt it to your needs. Call us for an appointment

We can offer you a competitive / reduced quote by closing several insurances.